Private Food Tours last 4 hours and provide a solid introduction to Hong Kong’s food which is primarily Cantonese Chinese cuisine but with some small differences here and there which reflect the city’s mixed British and Chinese heritage. Food tours are immersive experiences meaning that you will be taken to very local restaurants where the level of English spoken is very low and you are likely to be the only tourists in the restaurant.

On this tour we learn about the history of food in Hong Kong, from the traditional flavor from Guangzhou to the interesting western crossover cuisine that started popping up in the 1950’s as local chefs tried to produce cheap versions of British and Western favourites.

END_OF_DOCUMENT_TOKEN_TO_BE_REPLACED

When you book your tour you will answer a number of questions about your interests and what you hope to get out of your tour. The answers will then be used to design a tour specifically for you. You will be able to experience the food, history, culture, markets, back streets and local neighborhoods.

END_OF_DOCUMENT_TOKEN_TO_BE_REPLACED

This private helicopter tour takes you on a scenic 15-minute flight away from bustling Hong Kong. Soar over Victoria Harbour and take in spectacular views of the city skyline during an exhilarating ride with your own private pilot. Enjoy a birds-eye view of famous landmarks as well as sights on the islands south side. What better way is there to see Hong Kong than from the air?

END_OF_DOCUMENT_TOKEN_TO_BE_REPLACED

Discover the sightseeing gems of the New Territories (NT) on a 5-hour private bike tour in rural Hong Kong. Cycle with an experienced guide around Yuen Long, which features an abundance of fresh air and green spaces. Youll bike through Hong Kong Wetland Park, visit a traditional fishing village and enjoy dim sum for lunch! Along with the food markets and historical sites, enjoy personalized attention from your private guide.

END_OF_DOCUMENT_TOKEN_TO_BE_REPLACED

Learn the culinary art of Chinese home cooking during a 3-hour private cooking class in Hong Kong. Local instructors teach your private party to whip up authentic Chinese cuisine  from Cantonese dishes to fiery Sichuan favorites  using a variety of ingredients. After cooking a three-course meal from scratch, sit down together and enjoy your tasty dinner. Youll delight the senses with plates such as pork belly with grated garlic, Kung Pao prawns and delicious dessert!

END_OF_DOCUMENT_TOKEN_TO_BE_REPLACED

Receive a private consultation, diagnosis and treatment from a licensed practitioner of traditional Chinese medicine (TCM) in Hong Kong. During this 1.5-hour experience youll tour a local clinic to learn about the history and practice of TCM as well as discover medicinal herbs used in this holistic approach to health. Then choose from four treatment methods for your private session  acupuncture, cupping therapy, guasha (skin scraping) or herbal steaming  designed to relieve pain, boost immunity, release toxins and restore the bodys Qi, or energy.

END_OF_DOCUMENT_TOKEN_TO_BE_REPLACED

Experience both bustling city life and serene natural landscapes on this four-day privately guided tour of Hong Kong and Guangzhou, China. Walk through the lively business district of Hong Kong and enjoy magnificent aerial views from Victoria Peak with your guide. Marvel at traditional Chinese architecture at Chen Clan Academy in Guangzhou. And be wowed by the gorgeous natural landscape of Lotus Mountain. This tour includes accommodation, all necessary transfers and most meals.

END_OF_DOCUMENT_TOKEN_TO_BE_REPLACED

Hong Kong has some superb hiking trails. The best-known hike is the 100km MacLehose trail, which intertwines with the 78km Wilson trail. Hong Kong Island itself has a 50km hiking trail. For your hiking tour, your tour guide will select the most interesting stages of these trails, often with variations based on local knowledge. Come and discover Hong Kong’s green side on a private tour with your hiking guide.

END_OF_DOCUMENT_TOKEN_TO_BE_REPLACED

While on layover in Hong Kong, get to know Hong Kong Island on a private five-hour tour, including round-trip airport transport by private vehicle. Hong Kong International Airport is approximately 21 miles (34 km) from downtown, making for an easy-to-do layover tour! Whether this is your first visit or you wish to refresh old memories of ever-changing Hong Kong, youll enjoy visiting Aberdeens fishing community, browsing for souvenirs at Stanley Market, seeing famous landmarks and learning about the islands history  all with an informative local guide.

END_OF_DOCUMENT_TOKEN_TO_BE_REPLACED

This half-day private tour offers a comprehensive introduction to Hong Kong Island. First-time and repeat visitors will become better acquainted with Hong Kong highlights, from the floating community of Aberdeen to the views from Victoria Peak, all in the private company of a knowledgeable local guide. Discover renowned landmarks and learn about the fascinating history of this ever-changing locale. Round-trip hotel transport by private vehicle is included.

END_OF_DOCUMENT_TOKEN_TO_BE_REPLACED 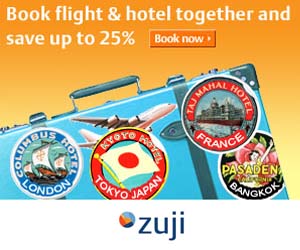